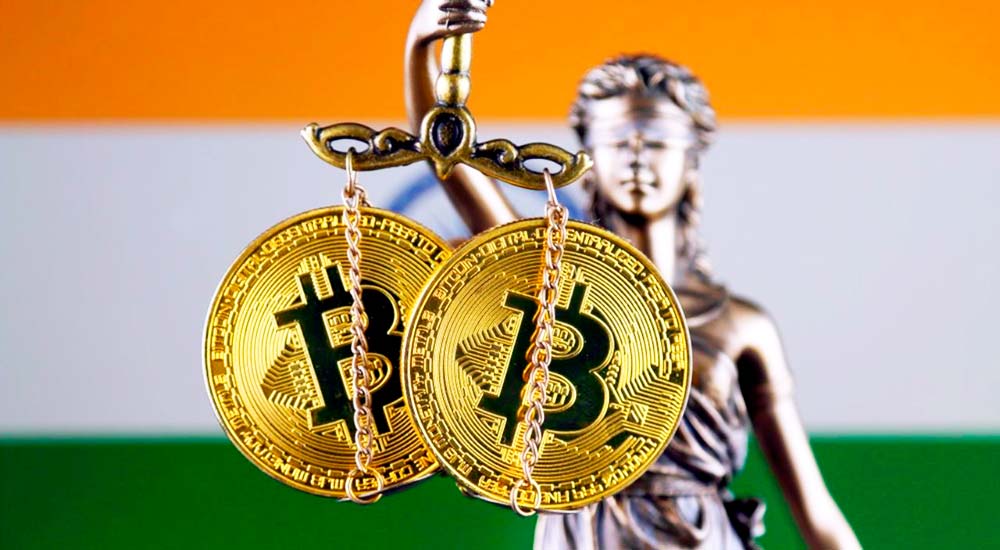 Few countries have regulated the position of cryptocurrency at the legislative level, which is due, first of all, to the fact that cryptocurrency is an extremely specific phenomenon, by its nature it is not centralized, does not have a single server and comes from the international community, but not from any organization and not even from a specific state. The states that legalized cryptocurrencies include: Switzerland, South Korea, Japan and others, China has introduced an explicit ban on cryptocurrencies.

India, like many other countries, is developing cryptocurrency legislation. Despite the unequivocally negative attitude of the Indian government towards cryptocurrency, this issue has not yet been finally resolved.

The result of the appearance of this circular was a petition, under which more than 40 thousand people signed. With this petition, Coin Recoil (Kali Digital Eco-Systems Pvt Ltd), a large cryptocurrency exchange in India, located in Ahmedabad, turned to the Supreme Court to invalidate the RBI order of April 6, 2018, justifying its actions by the fact that this circular is contrary to national India’s economic interests are not only not based on any legislative acts, but also contrary to the basic law of India, the Constitution, which enshrines the principle of freedom of economic activity, including business and trade.

The notification of the Supreme Court of India, issued at the end of April, was addressed to the Reserve Bank of India and in content coincided with the petition, explaining that this directive is indeed contrary to constitutional principles, although this notification was not legally binding.

Despite this notice and contrary to the expectations of people who support cryptocurrency, the Supreme Court of India did not impose an injunction on the RBI directive, thus confirming the ban on participation in cryptocurrency circulation.

Obviously, crypto investors were extremely dissatisfied with such a court decision. As for the Reserve Bank of India, commenting on this situation, the representative of the RBI said that work is underway to create its own virtual currency. Thus, it becomes obvious that the Indian government does not oppose the digital currency as a whole, but against the cryptocurrency that uses blockchain technology, which makes it impossible for the state to control economic turnover in this area.

To date, there are still no legal acts regulating the legal status of cryptocurrency in India. On August 22, 2019, the Supreme Court of India defended cryptocurrencies, obliging the Reserve Bank of India to substantiate its decision regarding the prohibition of operations with cryptocurrencies. However, a decision to cancel the circular was not issued.

The second issue addressed at this meeting: the lack of cryptocurrency legislation. the Government of India said that the bill was ready and will be submitted for consideration at the winter session. It follows from the foregoing that the court cannot recognize this circular as lawful due to the absence of legislation, but also for certain reasons does not recognize this directive as illegal, postponing the resolution of this issue.

The final decision of this case will obviously be made by the Supreme Court of India after the adoption of the law. Previously, the draft law was posted on the Internet. The bill prohibits performing any operations with cryptocurrency, obtaining and storing it, providing for criminal liability for its violation for a period of up to 10 years.

It also contains provisions for an alternative to cryptocurrency: a digital rupee, the issue of which the Reserve Bank of India will have to issue. In response to the naturally negative reaction of crypto-investors, the Government reports that this project is not final and has not entered into legal force.

The Government of India faces a difficult choice: to abandon cryptocurrency, or to regulate it at the legislative level. In the event that the deadlines are not violated, the law will be adopted by the end of 2019, and until then it is difficult to talk about the existence of crypto legislation in India.

Definitely, the decision to ban cryptocurrencies is difficult to compare with the democratic political regime in India, but the government’s negative attitude towards cryptocurrencies is also obvious. Despite this ambiguity, at the moment, the activities of crypto-investors are quite legal, at least until the release of the above legal act.